This is an unofficial news site about the X-men spinoff film, Wolverine. With Hugh Jackman reprising the role of Logan, Gavin Hood shall direct a story exploring Wolverine's origins, as written by David Benioff. Production begins in November 2007 for a projected 2008 US release.

San Diego Comic Con’s X-men Origins trailer that we earlier described has been leaked online! Catch it whilst you can, because it will surely be removed very shortly. Get your first look at Gambit, Deadpool, The Blob and many more in this candid cinema-shot, but relatively decent quality, trailer leak.

The first look at actual X-men Origins Wolverine footage has been shown at the San Diego Comic Con, presented by Wolverine himself, Hugh Jackman, after flying in from Australia, where shooting has just finished.

The footage combines the necessarily arrogant Wolverine amidst cheesy backdrop explosions - this is something that we have come to expect and love about the character, but the trailer also oozes some quality and distinction as new characters Gambit and Deadpool show up, notching up the excitement factor one more level.

/Film have a the best rundown on the events:

The trailer kicks off with Wolverine and Sabertooth in a prison cell. They get taken outside, strapped to posts, and shot to hell by a firing squad. “What did that feel like?” a man asks. Wolverine responds: “It tickled.”

Cut to a shot of Wolverine strutting cheesily to the camera as a truck explodes behind him. Marvel logo fades onscreen.

Then Major William Stryker announces himself to both Sabertooth and Wolverine, discussing the prospect of putting a special team together. Interspersed between this are shots of them running through the woods with full-fledged animal ferocity, being surrounded by a group of soldiers in a circle while amping up to kick some ass, and then the clincher, a shot of Deadpool posing for the camera with his two samurai swords.

Wolverine tells Sabertooth that this wasn’t the program he signed up for. We see him being hooked into place inside the adamantium-injecting machine and thrashing about in the water. He bursts out of it in a blaze of anger and roars at the camera, his claws bursting out of his hands while he does it. Bodies drop as Wolverine slashes in every direction.

A handful of cards are tossed toward the screen, and the camera pans to reveal none other than Gambit holding his electrically-enhanced staff.

More quick shots: a child Wolverine (?) screams with his claws burst out of his hands, Sabertooth lunges across the ground like an animal and attacks Wolverine in what looks like a small snippet of a much larger battle, Wolverine gets clobbered in a boxing ring by the massive Blob, Wolverine goes one-on-one with Gambit, and a mysterious girl begins to have electricity sparkle all throughout her body.

Before you can even begin to recognize all the quick shots of your favorite comic book characters, a final set of clips shows off a very cool-looking set piece with Wolverine facing off on his motorcycle against a truck, and eventually climaxes with him launching thirty feet in the air onto a helicopter.

SHH also have some coverage. 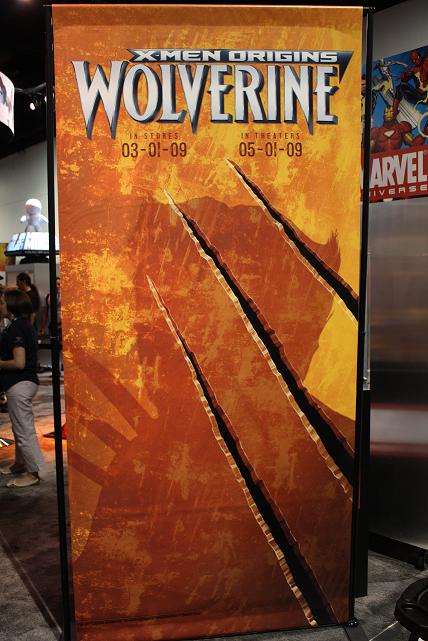 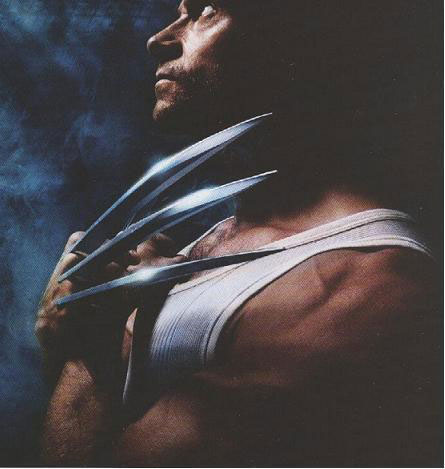